Happy New Year to All

AIPEU Group-C, Secunderabad division wishes to all the members and all the blog viewers a Happy and Prosperous New Year 2014 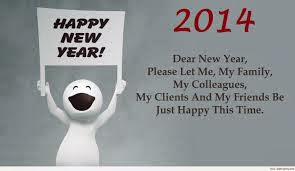 Posted by SURESH KUMAR at 5:00 PM No comments:

Sub: -  Shortage of staff and problems faced by the staff at Trimulgherry HO-Request for immediate intervention-Reg

It is brought to the notice of this union that the staff working at Trimulgherry HO are facing problems due to shortage of staff which leads to work under acute pressure and the incomplete/pendency work is likely to lead to undetected frauds if any committed by S.O’s, while performing the duties ordered by the competent authority.  The following problems are brought to your kind notice for immediate intervention and needful efforts to resolve the issues.

4.      It is bring to the notice of this union that R.D and MIS feeding was carried out by outsourcing duly providing separate server under the supervision of S.B.C.O. But without any verification of the genuineness of  the data,it was migrated to S.B server which resulting in various types of discrepancies. MOST of the closed accounts at S.O remain LIVE at H.O and closed accounts at H.O remain LIVE at S.O. This has to be rectified immediately as there is every possibility of another financial misappropriation /fraud
5.      While generating MIS Consolidation on “Daily transaction entries” following discrepancies were noticed
(a)  Out of 34 SOs only 29 SOs transactions reflected
(b)  Total Deposits and Total withdrawal figures reflected incorrectly
(c)   It is giving a remark as “cannot alter previous date consolidation entries”
In this connection, it is requested to depute SOFTWARE EXPERT to locate irrelevant discrepancies arising in R.D. The staff position to be considered at par with sec’bad H.O.
6.      It is bring to the notice of this union that RD, MIS and SCSS data feeding work was carried out by outsourcing staff, but the genuineness of the data not verified by S.B.C.O.  The following irregularities were  noticed in S.C.S.S data:

(a)  ANANDBAGH AND MANOVIKAS NAGAR SCSS DATA feeding was carried out by outsourcing staff. SOFTWARE EXPERT may be deputed to locate the errors, apart from the irregularity mentioned below as SCSS accounts comprises huge amounts in lakhs in order to avoid innocent staff being penalized at later stages.
(b)  Several SCSS closed accounts were fed by the out sourcing staff and the status of those accounts in the system is “Live”
(c)   Extended SCSS accounts were not been fed as extended in the system and data not fed.
(d)  The correctness of the data fed by the outsourcing staff is not checked at any stage and the data fed by them is dumped in to SBSOs as it is, It is highly irregular.
7.      It is not understood that how the payment is being made to outsourcing staff without checking the correctness of their work and without work completion certificate from the competent authority.
8.      The officials working in the SB branch are working under duress with heavy work load and heavy financial responsibility. The administration has to consider the extenuating circumstances in which the officials are working, while identifying the subsidiary offenders and fixing up contributory negligence as stipulated in Rule 107 of Postal Manual Vol-III and asses the responsibility in a realistic manner.
9.      It is also bring to the notice of this union that while calculating the contributory negligence and identifying the subsidiary offenders the administration is ignoring the facts explained above and making the innocent officials as scapegoats without considering their submission and without giving reasonable opportunity to them.

Keeping in view of the circumstances explained above, this union earnestly requests you to
take appropriate measures to set right the things and allow the innocent officials to work in a stress free and transparent environment to serve the department and deliver the quality of work.

(T.Suresh Kumar)
Posted by SURESH KUMAR at 2:18 PM No comments:

Posted by NFPE
Posted by SURESH KUMAR at 8:20 AM No comments:

THE TIMES OF INDIA

PRESS NEWS
CHENNAI: 27.12.2013.  Can an employee be punished twice for the same offence? No, said the Chennai bench of the Central Administrative Tribunal (CAT) on Wednesday quashing an order of the ministry of communications and IT to initiate fresh proceedings against a retired assistant postmaster who had undergone punishment for his supervisory lapses.
The matter pertains to V Muthukannu, sub-postmaster in Karur division, who was accused of irregular closure of a recurring deposit and non-account of deposits. In his submissions to the tribunal, Muthukannu said in March 2010, the superintendent of post offices ordered recovery of Rs 8,000 per month from his salary for the loss caused to the postal department. After seven months, it was increased to Rs 12,000. For his contributory negligence, he paid Rs 5.07 lakh to the department. Also, for a year, his salary was reduced and no increments were provided, said Muthukannu.
However, in April 2012, a month before his retirement, the member (personnel), department of posts, dropped the earlier concluded proceedings and initiated a fresh proceeding for the same lapses. He was also issued a memo stating his retirement benefits had been withheld. He asked the CAT to set aside the order for fresh proceedings.
In the counter, the department of post denied the averments and said Muthukannu was involved in a fraud to the tune of Rs 17.46 lakh at the Karur head post office. Fresh proceedings were initiated according to the rules and there was no question of "double jeopardy." Further, it was an exceptional case and had to be dealt with accordingly.
The bench comprising judicial member B Venkateshwara Rao and administrative member P Prabhakaran said, "Once the punishment imposed is undergone, no one can direct a fresh inquiry in the same set of charges."
The bench quashed the order for fresh proceedings and directed the department to pay all retrial benefits to Muthukannu.
Source- CHQ
Posted by SURESH KUMAR at 7:49 AM No comments:

Posted by SURESH KUMAR at 10:46 PM No comments:

Posted by SURESH KUMAR at 6:18 PM No comments: